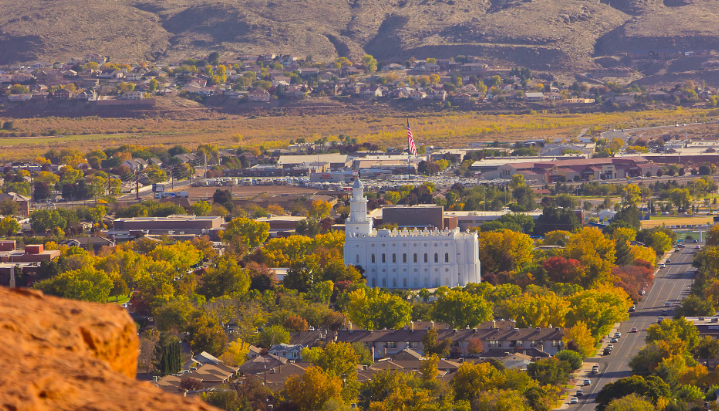 Washington County, located in the southwestern corner of Utah, has a rich and fascinating history that dates back thousands of years. The area that is now Washington County was originally inhabited by the Southern Paiute and the Anasazi people.

The first European explorers arrived in the area in the late 1700s, with the first permanent settlers arriving in the 1850s. These early settlers were primarily farmers and ranchers who were drawn to the area’s fertile land and mild climate.

During the 1800s, agriculture, mining, and transportation were the main industries in the area. The construction of St. George Temple in 1877 brought many Mormon settlers to the area, and the city of St. George quickly became the largest settlement in the county.

In 1894, the Dixie National Forest was created, which helped to preserve the area’s natural beauty and resources. The creation of the national forest also attracted many visitors to the area, and tourism became an important industry.

Some of the most notable historical sites in the area include St. George Temple, the historic downtown district, and the Pioneer Center for the Arts. Many of the county’s original settlers’ families still reside in the area and have left their mark on the county’s history.

In conclusion, Washington County has a rich history that spans thousands of years. From the Southern Paiute and the Anasazi people to the arrival of the first European explorers, and the creation of the Washington Territory, Utah Territory, and the Dixie National Forest, the area has seen many changes and developments over the years. The county is known for its beautiful scenery, mild climate, and diverse population.